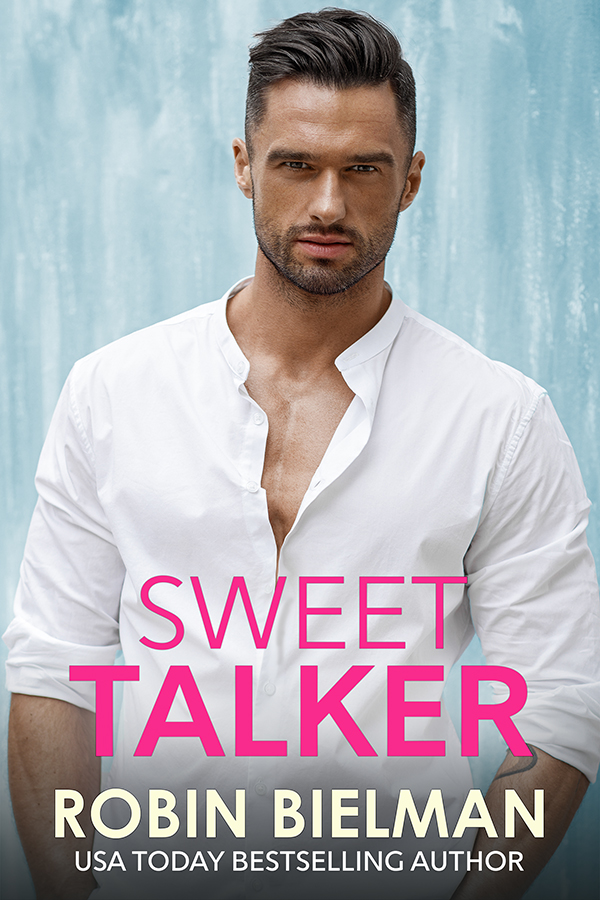 Hero who is charming, possessive, rich, and knows what he wants? Check

A secret, a surprise, and sexy times? Triple Check

There are buddy cop films where the plot involves two people of different personalities who are forced to work together to defeat the bad guys, sometimes learning from each other in the process. And then there are buddy writers. Two people of comparative personalities who choose to work together to create a story that readers will hopefully love, most definitely learning from each other in the process.

Crockett & Tubbs, Murtaugh & Riggs, Turner & Hooch, Tango & Cash, Thelma & Louise. Okay, T&L weren’t cops, but they were best buds until the very end so for the purposes of this post, we’ll compare it to typing, “The End.” See what we did there? You’re so clever, Sam. No, you’re so clever, Robin.

What we’re trying to say is, we had a kickass time writing this book together. As with any big undertaking, there were good days and bad days. There were rewrites and respites. Coffee fueled most of our writing/brainstorming sessions—we can totally vouch for the power of mochas. And plotting sessions by the seat of our pants ruled our word counts.

We took long walks along the beach to talk through scenes and emotions and characterization and how we pictured Vaughn looking just like model, Andrea Denver. That research was tough. He’s horribly photogenic. And don’t even get us started on his shirtless pics. <insert heart eyes emoji>

This book took shape over months and months of much more than writing sprints and chapter goals, though. Our friendship grew, too. Our respect for the craft. And those things helped make this book what it is. Writing a book is hard. We felt new pangs of pressure because we didn’t want to disappoint each other. But we were also ready to go for it because we had each other’s backs. That’s a glorious feeling.

We collaborated. We conquered. We’re friends till the end. Buddy writers ready to celebrate this victory with food, drink and mani-pedis. And that’s a wrap on Sam and Robin’s first Excellent Writing Adventure.

Thanks for taking the ride with us!

I’m so excited to share the cover for my upcoming sports romance, HEARTTHROB! This book is special for so many reasons. I’ve wanted to write a pro baseball hero forever and I am so in love with Finn. Baseball has been a big part of my family for a long time, starting when my oldest son was 5 and I signed my husband up to coach him. Since then a lot of happy memories have been made around the sport.

There are other reasons why I love this book, too. Certain lines had me cracking myself up. (Hopefully others will find it funny too.) Certain lines made my heart ache. There’s a puppy. And there’s an incident between the hero and heroine that I took from my real life. ;)

To celebrate the cover reveal, I’m giving away a $10 STARBUCKS GIFT CARD and a MYSTERY SIGNED PAPERBACK!! Hop over to my Facebook page to enter!

The book is up for pre-order on all platforms and will be live on May 7th!!

I’m so excited to share the cover for PROMISE ME!! I love it so much. And I love this book. And I love my co-author! Release day is April 15th!