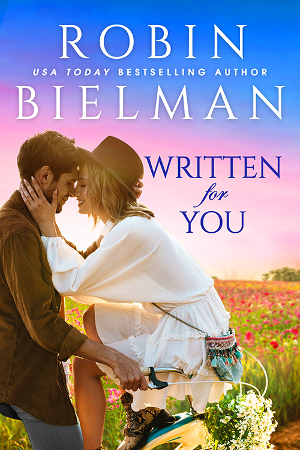 Cam Radcliffe is on a deadline to write his next blockbuster action film, but all he can think about lately is writing romance. The inspiration? His best friend, Reese.

They’ve known each other for years, but suddenly working in the same office has given him a whole new appreciation of her. Reese is driving him wild in the best possible way, and Cam only hopes it isn’t obvious. If she knew, he’s certain their friendship would reach The End.

So, of course, Reese figures it out. But the awkward, negative response he expected is nothing like the reality—like they’re living their own romcom.

A romcom that’s giving him the worst case of writer’s block at the absolute worst time in his career. Especially when the secret Reese has been forced to keep comes out…and threatens to ruin everything.